About Kinder Reese
There are plenty of so-called real estate experts out there teaching agents how to succeed even though they haven’t sold a home in decades, if at all. But Kinder Reese is different. Founders Jay Kinder and Michael Reese have collectively sold more than 6,270 homes over the past two decades, they still have thriving real estate practices, and they love sharing their proven systems and processes with other agents who are serious about growing their business.
Sign Up to Our Newsletter
Subscribe to the Mailing list
All Your Information is Protected When You Sign Up 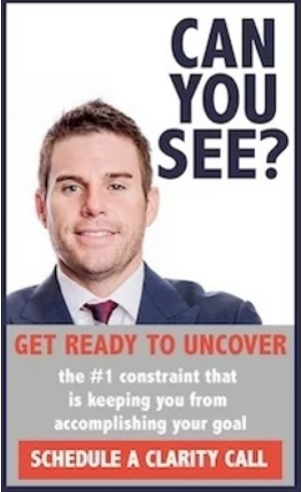 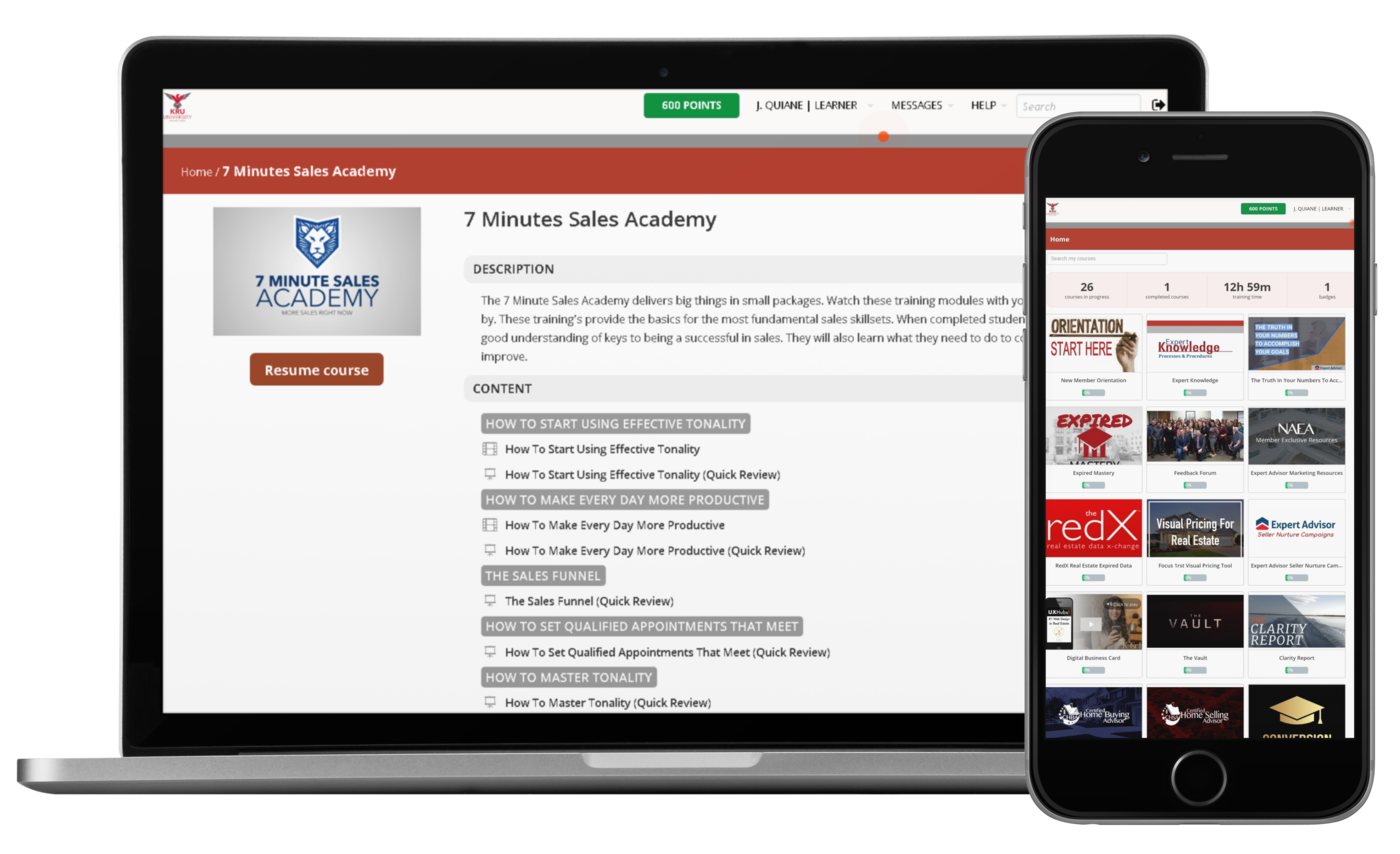 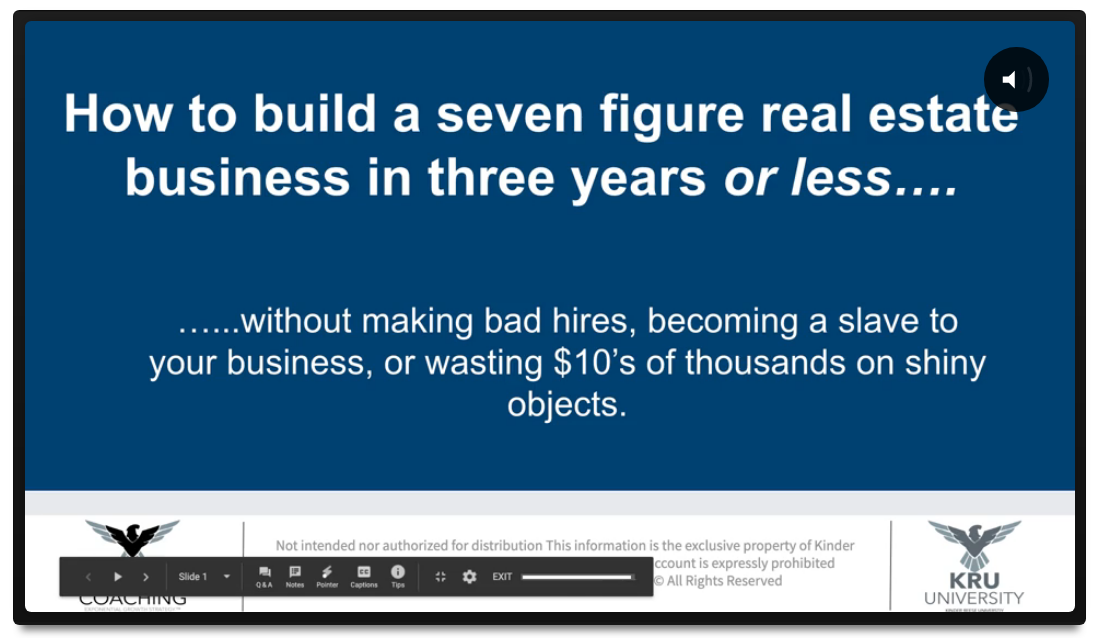 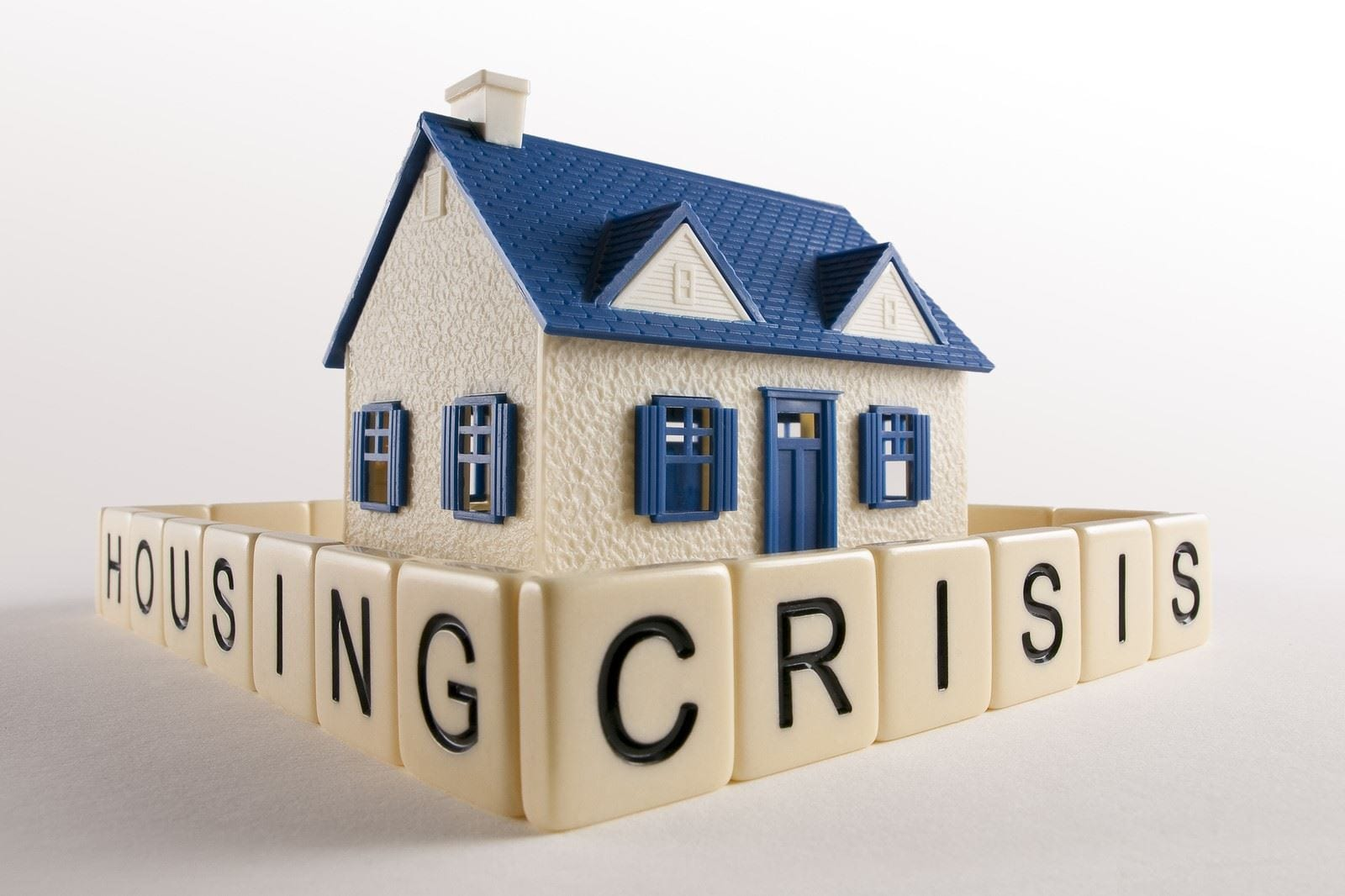 The COVID-19 crisis and the Great Recession: What's different?
Published by Jay Kinder
Nobody has a crystal ball, so it’s virtually impossible to tell what the future will bring. Unfortunately, we don’t have to look too far back into the past at the Great Recession for an example of what we might be in for during the coming months. 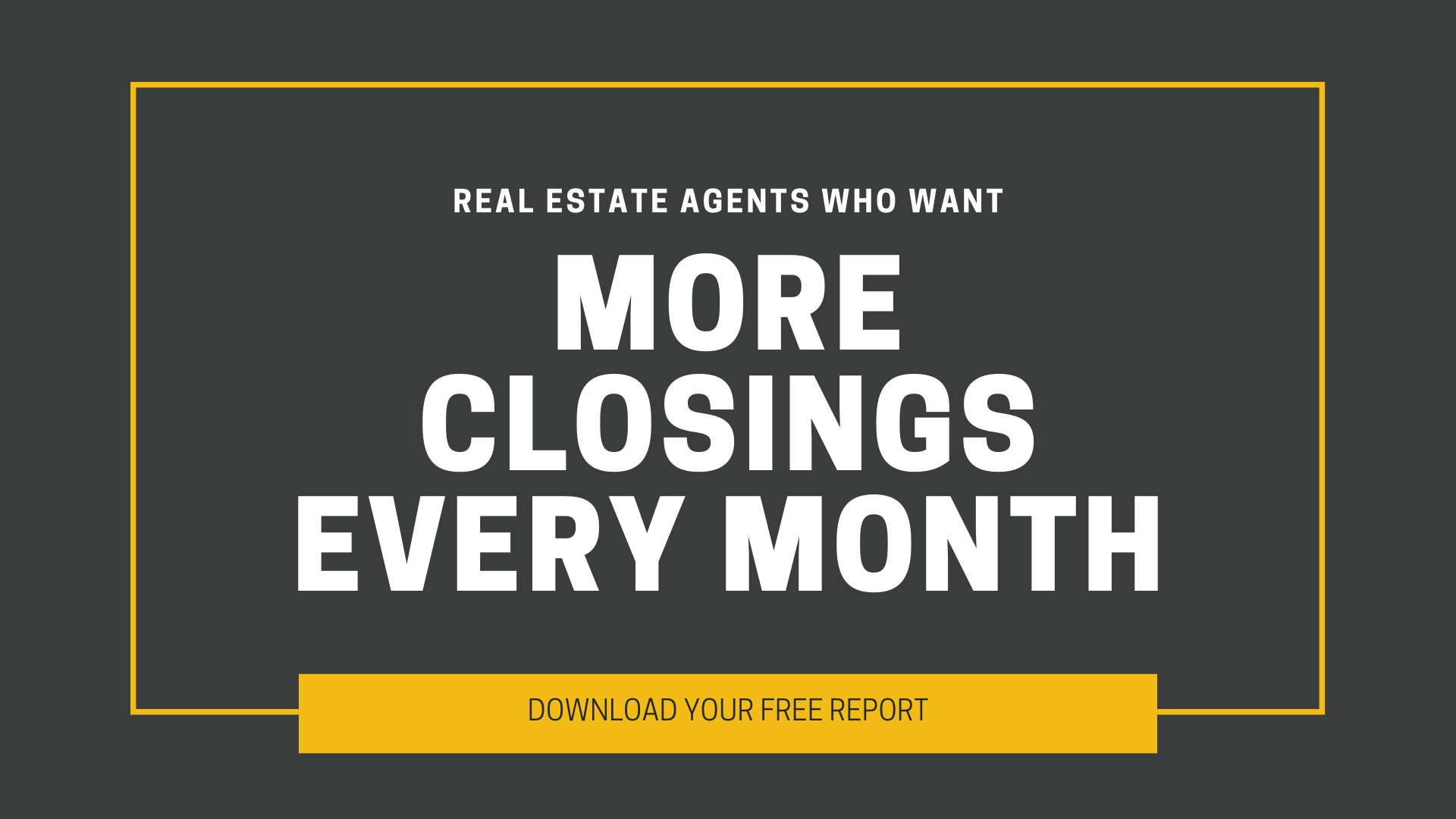 In many ways it feels a lot like what happened then: high unemployment rates, businesses shuttering their doors with no revenue to keep them open, and no clear idea of exactly when things will turn around. 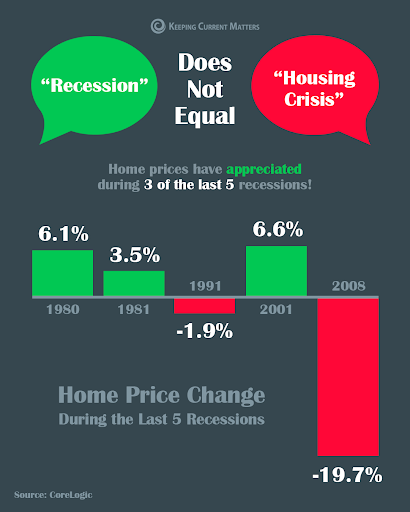 Yet, despite all the uncertainty, what happened in 2008 is actually different then what’s happening now and that’s a good thing for the real estate industry, real estate agents, and real estate consumers alike.
Here’s what you need to know:
1. The Great Recession was an economic driven crisis
Leading up to the Great Recession, the real estate and mortgage industries were operating in an atmosphere much like the wild west. People were qualifying for mortgages that they shouldn’t have gotten and buying homes they couldn’t afford. It was a foundation built on shaky ground that was guaranteed to topple.
The crisis was the worst U.S. economic disaster since the Great Depression. The U.S. stock market tanked, losing nearly $8 trillion in value between late 2007 and 2009.
Unemployment skyrocketed, topping out at 10% in October 2009. As a country, our citizens lost $9.8 trillion in wealth as their home values took a nosedive and their retirement accounts literally evaporated into thin air.
Today, while corporate and personal finances are in tough shape for sure, they are not the cause of the issues we are experiencing now. This crisis is medical in nature and a result of circumstances that are, for the most part, out of our control. It has shut down the economy, but it will reopen again and the recovery should be faster and stronger than it was in 2008.
2. Our financial institutions are in better shape
There were some serious liquidity problems that existed during the Great Recession. Banks of every size were closing and money was scarce. Things were so bad that one of Wall Street’s stalwart institutions, Lehman Brothers, which was, at the time, the fourth largest investment bank in the US, filed for bankruptcy. 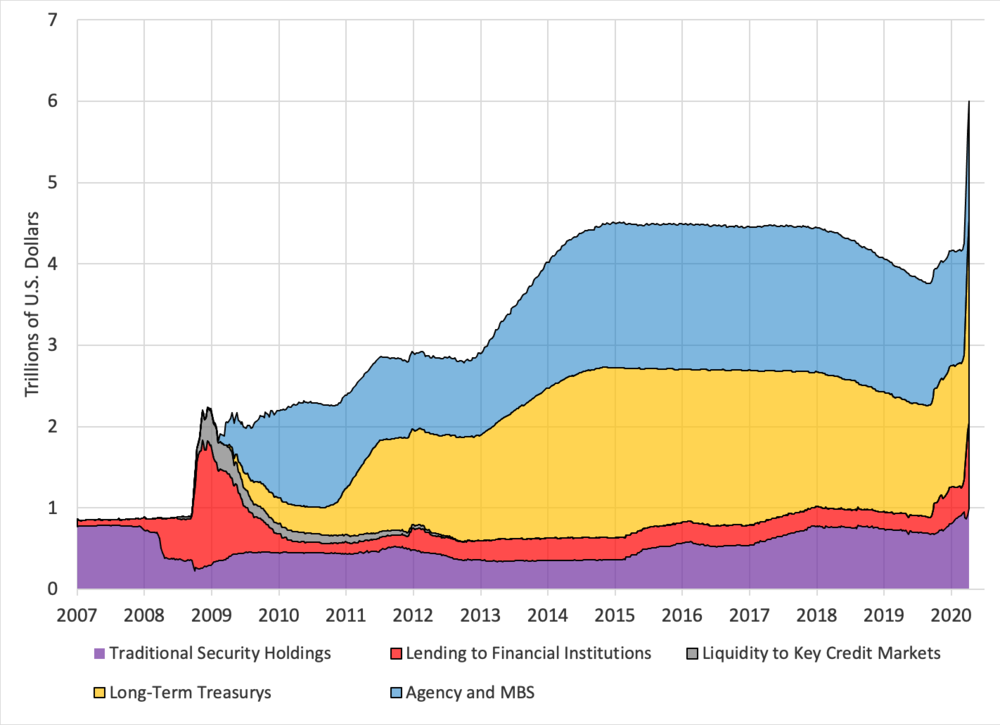 At the time, the US Government worked hard to help improve cash flow, but because the problem was rooted in bad banking decisions and not keeping coffers full, there wasn’t a whole lot it could do.

The government, and financial institutions, learned a lot of lessons since then, which has made things better during this crisis. Banks have remained more liquid, they’ve lent money much more prudently, and as such, they have more liquidity. As well, the government has been able to help step in and provide financial support to businesses and individuals around the country to keep the crisis from getting significantly worse.
In addition to that, the government has already pledged to do everything it can to keep the US financial situation from getting to the point where we were in 2008. By staying ahead of the problem, our country’s financial situation — and the real estate market — will fare better than it did more than a decade ago.
3. Foreclosures won’t be as prevalent
To build on what I mentioned in point two, bank’s lending standards were significantly more stringent coming out of the Great Recession. Home buyers looking for mortgages were vetted more carefully and required to have a significantly stronger financial profile than those who bought homes leading up to the downturn.
In addition to that, we are saving more of our income now than we were before, during and even coming out of the Great Recession.
Personal saving rate in the United States from June 2015 to February 2020 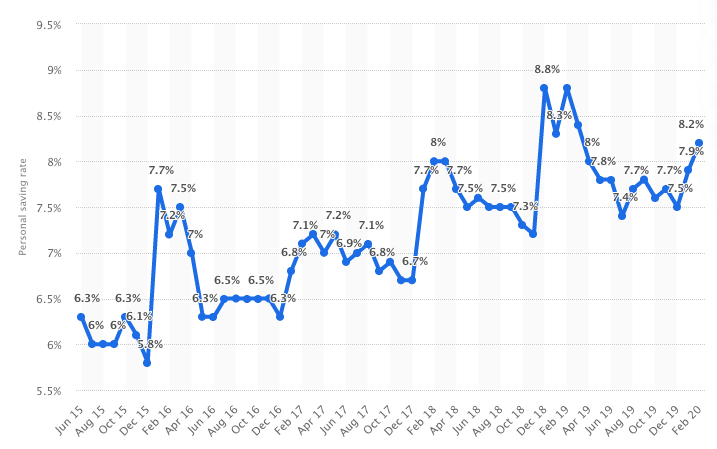 Coming out of the downturn and even now, Americans have more money in the bank and are able to weather a storm like this even better, helping them stay afloat until this crisis is over.
4. America will get back to work
The unemployment figures being thrown around today are extremely scary (and extremely unrealistic). Many of the people out of work today are not working because their business has furloughed them while we’re sheltering in place. A good portion of these people are going back to work, with pay and benefits, as soon as it is safe to do so.
In addition to that, some of the people who are taking unemployment benefits are not going to be unemployed for several years like some were between 2007 and 2009. 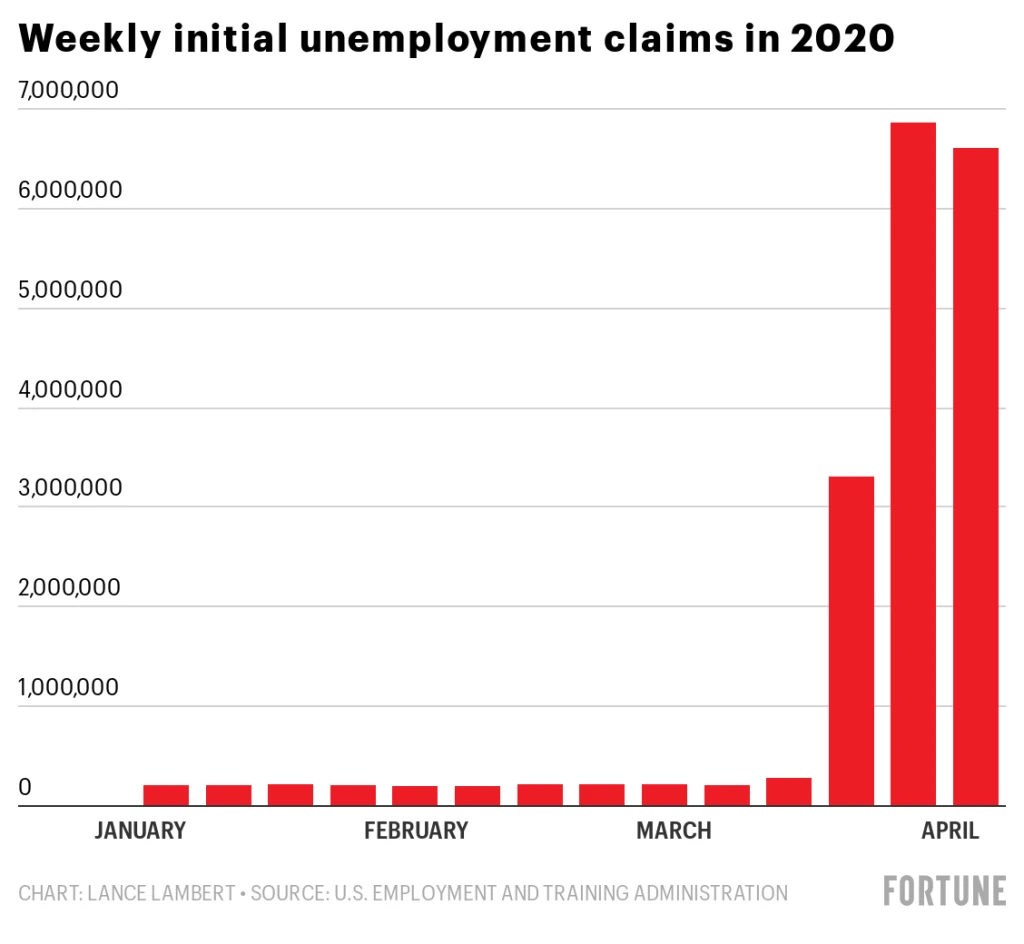 Conversely, there are still people who are working and who haven’t been furloughed or laid off. Either their companies are considered essential businesses or they were able to take advantage of the Payment Protection Program (PPP) and have at least some money to pay their employees.
Certainly, it’s not business as usual, but many companies will get back up and running as quickly as they can once they are told they can do so. Ideally, things may be slower for a while, but it’s anticipated that we will bounce back more quickly than we did back then.
This post is not written with the intent of sugar coating things. Our country is in a tough place for certain. We have a lot of work to do and a significant amount of ground to make up.
All of that said, “trees don’t grow to the sky”. Adjustments in markets are expected and in some cases, they are needed. Our housing market will make it through this crisis and it, and the agents who choose to fight and work through it, will come out even better when things have settled down. 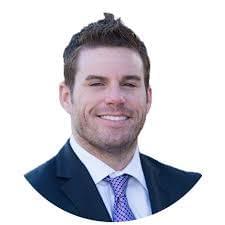